Caracol, leader in Large-Scale Additive Manufacturing, closes its first seed round for € 3,5 million led by Primo Ventures and EUREKA! Venture SGR to accelerate the development of large-scale robotic 3D printing for industrial sectors 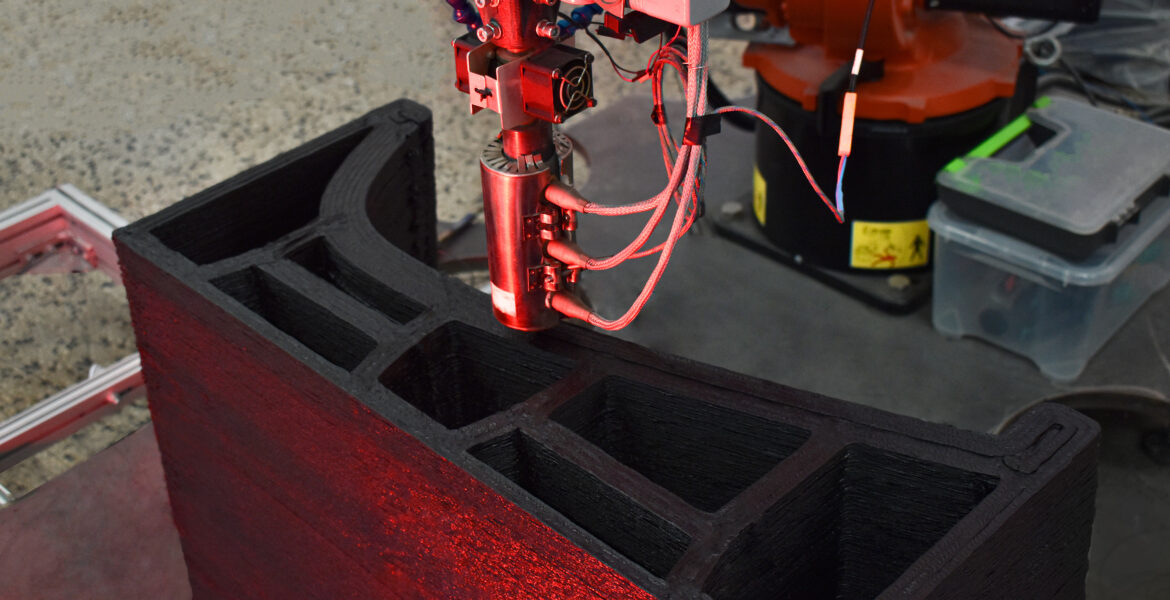 Milan – September 14, 2021. Caracol, Italian innovative SME specialized in advanced Additive Manufacturing solutions, announces the closing of a 3,5 million Euros investment round. This round sees Primo Ventures with Primo Space Fund and EUREKA! Venture SGR with EUREKA! Fund join the company as lead investors, together with a group of business angels. The operation was coordinated by Growth Capital as financial advisors and supported by the legal advisors Fieldfisher and HiLex.

Launched as a startup at the end of 2017 by Francesco De Stefano, Jacopo Gervasini, Paolo Cassis and Giovanni Avallone, Caracol has transformed robotic supports in an integrated Additive Manufacturing technology, following its research in the world of 3D and generative design at Politecnico di Milano. Thanks to the development of its patented innovative extrusion system and to its proprietary software algorithms: Caracol’s robotic system can produce large-scale single-piece components, with complex geometries and with “direct printing” of composite materials with high mechanical and thermal performances. Caracol’s innovativeness resides in its ability to overcome the limits of traditional industrial 3D printers in terms of size, with lower operating costs compared to conventional processes and to other solutions on the market.

“Closing this round is a fundamental step for Caracol’s future growth”, says Francesco De Stefano, Co-founder and CEO at Caracol. “Thanks to the partnership with important players in the world of innovation like Primo Space ed Eureka!, Caracol will have the possibility to accelerate its technological development and consolidate its role as a leading actor in the world of large-scale 3D printing for advanced applications, in high-performance sectors like Automotive and Aerospace. A special thanks also goes to our partners Growth Capital, Fieldfisher and HiLex who’ve supported us in completing this operation.”

The capital from this round will allow Caracol to invest on its R&D (Research and Development) projects aimed at accelerating the industrialization of its robotic additive manufacturing system, expanding the range of materials used and increasing the number of processable applications. Furthermore, the company is expanding its production capacity and strengthening its commercial expansion by opening its new headquarter and doubling its team over the next 12 months.

Also, by acquiring the ISO 9100 certification (international standard on Quality Management Systems), Caracol will have the chance to accelerate its commercial development on sectors like Aerospace, Automotive, Marine and Energy. Matteo Cascinari, General Partner of Primo Space Fund, declared: “The space industry is going through a deep transformation also regarding production processes and some aerospace applications can benefit from 3D printing. We are confident that the quality of Caracol’s technology and team can play a relevant role in this field”.

Stefano Peroncini, CEO of EUREKA! Venture SGR, comments “Caracol is an extraordinary example of innovation, covered by a solid patent strategy. This will allow the company to both expand the type of materials used in additive manufacturing and the use of robotic systems to produce large-scale parts, achieving improved performance in terms of quality, costs and time compared to other standard techniques”.